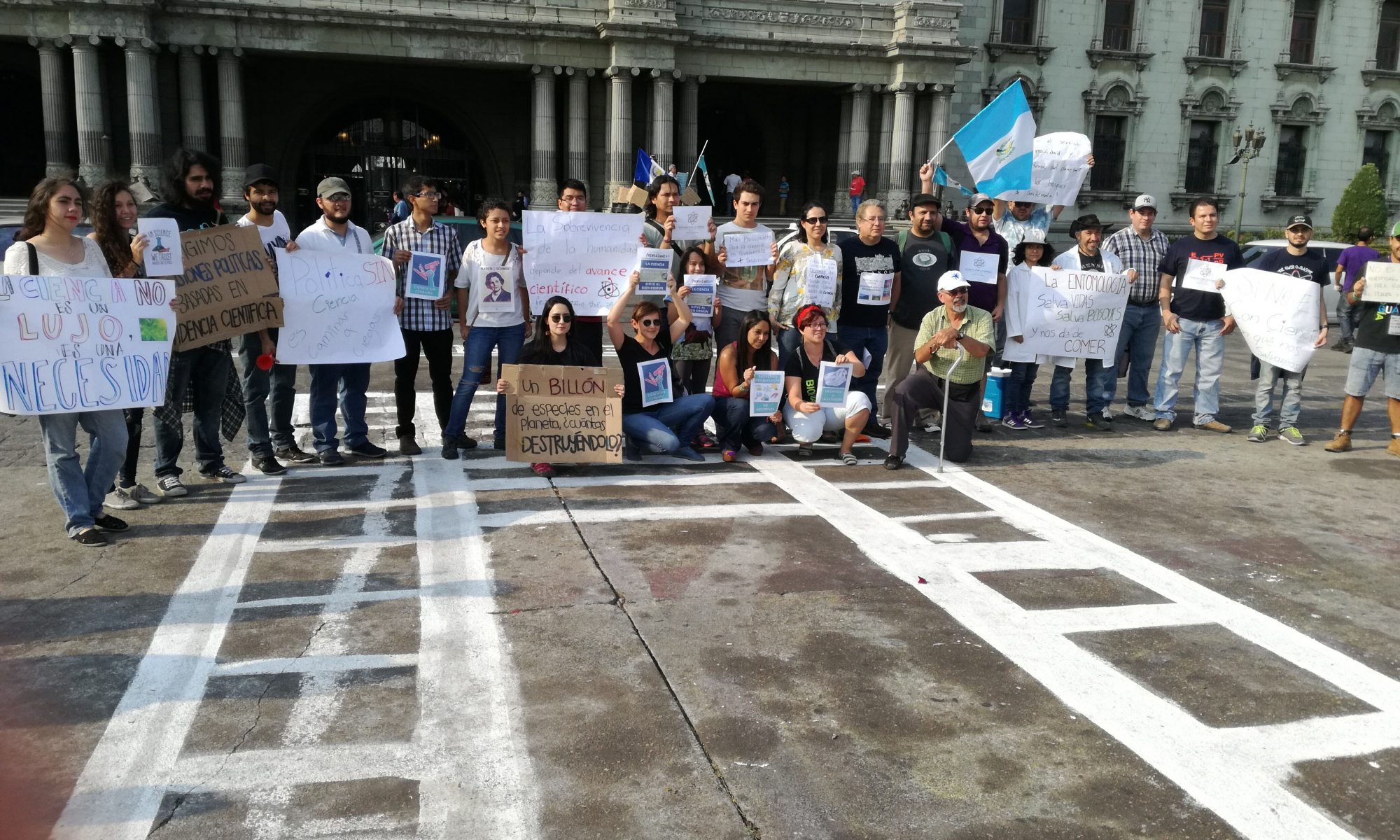 Guatemala is located in Central America bordering with Mexico, Belize, Honduras and El Salvador. It is the largest economy in the region which is based mostly on agriculture. The main products are sugar, coffee and bananas. For historical and political reasons, the evolution and production of knowledge in Guatemala has been limited and slow. Research and technology development activities have neither been oriented to satisfy the demands of the society, nor to promote an integral development of the country. As the largest economy of Central America, Guatemala should also have the highest scientific output. However, with barely 11 scientific publications per million inhabitants, it does not occupy the expected place in the regional context.

According to the GO SPIN survey conducted by UNESCO in Guatemala, there are several worrying statistics which point to a severe problem concerning the general scientific activity in our country. For a start, the number of full-time scientific researchers is about 27 per million inhabitants. This number is 16 times lower than the average in Latin America and 262 times smaller than in developed countries. The mentioned survey also states that for an economy to become knowledge-based in a visible way, the number of researchers per million people should be around 1000 or 1200. Other important factor is the astonishingly small amount of money that the government spends in science and technology, which is 0.029% from the GDP. This is 25 times less that the average in Latin America, 85 times less than Western Europe and around 200 times less than South Korea or Israel. If we add to these numbers the fact that access to education in Guatemala is very limited (about 3% of the population has access to a university), we see that increasing the number of scientists and the expenditure in science and technology is not an easy problem to solve.

In the midst of this precarious situation there have been some actions that pave the way for further development in science, technology and innovation. For instance, there is a major yearly event that reunites Guatemalan scientists working abroad with their local peers, with the objective to create and foster scientific collaborations. This event is organized by the National Secretary for Science and Technology. Another sign of advancement is that this same institution has also started new financing programs to help develop scientific research in different areas, but it is still dependent on local authorities and the political environment.

In 2017, a group of around 50 people attended the call issued by the March for Science, and met spontaneously in the central park of Guatemala City. The general perception was that there is a lack of knowledge about science in the country and something should be done about it. In 2018 there was more organization and different institutions were involved. This time around 250 people participated, there was a space with an open microphone to share opinions and discuss the role of scientists in the country. A manifesto was also prepared to show the little investment in science and how this impacts the development of the country. The year 2019 will be the first in which Guatemala will carry out a mobilization for the March for Science with the following objectives: i) generate in the Guatemalan society the interest in science as a way for the development of the country, ii) strengthen the scientific community through activities during the march, iii) generate critical spaces for the development of science and iv) evidence the problems that hinder the development of science in Guatemala.

As scientists and educators we put our best step forward in the construction of a better country. We want to share our wonder for discovery and the complex harmony that characterizes the diverse processes of the world we live in. We want to learn more and use our knowledge to help alleviate suffering and to solve the big problems that we face as humans and as a society. We firmly believe in a better future for everyone.

This site uses Akismet to reduce spam. Learn how your comment data is processed.